Trustees are legally responsible for ensuring our charity works efficiently and effectively. The trustees meet monthly (in the past this was sometimes informally referred to as “the Exec Group”).

SWVG members elect SWVG trustees. At the AGM on 16 November 2020, we approved a motion to increase the maximum number of trustees from 10 to 12, and two people were elected to fill the two new places. That change is formally registered with the Charity Commission.

Before retiring, Chris worked in the local NHS and the University of Southampton where he was involved in medical education. He is a member of the IntoUniversity advisory panel, a governor of AECC University College and travels the world doing consultancy work. Since September 2017 he has led the coordinating team of SWVG and in 2018 Chris became Chair of SWVG. He says he is inspired by the courage of asylum seekers and learns a huge amount from working with them. See Chris explaning why he supports asylum seekers through SWVG. 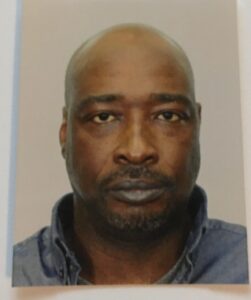 My name is Momodou Bah and I have been a beneficiary of SWVG since 2008,I have receive support from them since then through the journey. I am once again happy to be part of the trustees to help develop the charity and increase the support to those vulnerable people the charity have been actively supporting to live independent life. 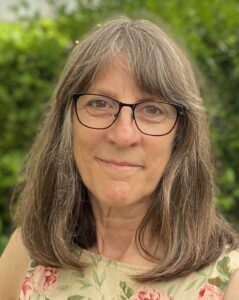 Since joining SWVG in 2008, Jackie has been a visitor, co-ordinated the visitor support groups and been part of the training team, which she now leads.  She has drawn on her experience as an educational psychologist,  a job from which she is now retired. She grew up knowing about her mother’s persecution by the Nazi regime, subsequent displacement and the value to be placed on human relationships rather than things. She wishes to put this empathy to good use for the benefit of others in a similar predicament.

William is a visitor and convenor of the Campaigning Group. He is grateful to have this opportunity to help people who have been through severe experiences, as part of a capable and dedicated team. He also volunteers for CLEAR one morning a week. Before retiring, he worked on the design and management of civil engineering projects in the UK and overseas. His main hobbies are sailing and walking.

Until he retired in 2017, Mark Courtice had worked as Chief Executive at theatres including the Nuffield in Southampton, New Theatre Royal Portsmouth and the Theatre Royal Winchester. Mark has been a visitor with SWVG since 2012. A qualified teacher, he has been teaching English with SWVG for the last two years, and was elected as a SWVG trustee at the 2019 AGM. Mark was previously an active visitor with the Haslar Visitors Group.

A German national, Claudia is one of the SWVG coordinators as well as taking a lead on organising trips and events. A former teacher, she says she finds aspects of her role challenging, but very rewarding when you see an asylum seeker you support settle into a new life here.

Before joining SWVG, Catherine taught French and German at all levels from beginners to A-level and university students. She joined SWVG in 2016 and trained as a visitor, with the intention of offering one-to-one tuition to clients with very low English language or literacy. She has now taught many SWVG learners with a variety of needs, and is Coordinator of the English Language and Literacy Teaching Team.

A retired primary school headteacher and long-standing active member of Amnesty International, Stash completed an MA in history at the University of Southampton which, he says, revealed the difference one individual person can make in people’s lives. He is an SWVG visitor and outreach coordinator.

Before his retirement David held positions in schools, Further Education and local authorities. His most recent role was managing provision for children unable to attend school through exclusion or illness. David was the education lead in a multi-agency capacity for school age children made vulnerable through trafficking, modern slavery or at risk through domestic circumstance. A relatively new SWVG teacher when appointed trustee in 2019, David was inspired by the warmth and compassion of the charity and the impact on its clients. Why David supports people seeking asylum, though SWVG

Stephen Sizer is the director of a small charity called Peacemaker Trust – www.peacemakers.ngo which seeks to be catalysts for peacemaking, especially where minorities are persecuted, where justice is denied, human rights are suppressed or reconciliation is needed. He is also a human rights activist, writer and photographer – www.stephensizer.com. Stephen was elected as a SWVG trustee at the 2019 AGM. 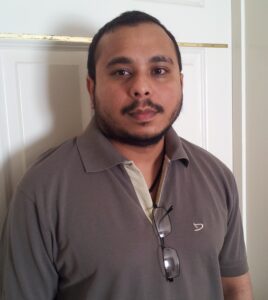 Being born and brought up in a war torn country, I have experienced the pain and the sufferings of refugees and asylum seekers, who are uprooted due to war and other kinds of political crisis in their own home land. I have been a beneficiary of SWVG since 2013 following which I am able to recover myself from the irrecoverable loss. I am forever grateful for this opportunity to join with SWVG to serve the people enabling them to make their life in a peaceful and independent manner.

We are most grateful to our wonderful patrons, who support us in so many ways.