SWVG is committed to campaigning and advocating on behalf of asylum seekers and refugees in the UK. Our work goes on throughout the year to raise awareness of the difficulties faced under the current system, contribute to the popular debate and seek to influence policy makers in light of our experiences, and the experiences of the people we work with. You can read about all our current and future campaigns on the campaigning page.

On this page you can read about current news and analysis relating to asylum and refugee issues, as well as stories from our members and updates on our projects.

“And so my journey begins, walking for ten hours in the darkness of night”.

This “zoom comic”, created by North Star Fading, is inspired by the true stories of Eritrean refugees.

Each of them had to flee their homes – their lives changing forever. And each had to make their own dangerous journey to Europe.

This powerful video relates their “testimonies”.

Note: This video contains images of conflict that some might find distressing.

SWVG believes asylum seekers should have:

The government makes it extremely difficult for people to claim asylum in the UK. On arrival, asylum seekers generally lack legal representation and may be treated with suspicion or worse by the UK Border Force. They may not have necessary evidence with them to back up their asylum claim.

Legal aid cuts since 2010 make it harder for asylum seekers to present their case with the support of a solicitor. On top of this, the government requires those wishing to make a second claim to travel to Liverpool at their own expense (unless supported by an organisation such as SWVG).

We say: Give asylum seekers a fair hearing, both when they arrive in the UK and at any subsequent claim once they have properly prepared their case.

Asylum seekers waiting for a claim to be determined by the Home Office may qualify for an allowance, but this is just £37.75 per week. They may not be offered anywhere to live. The government has also made it much harder for asylum seekers to receive free hospital treatment.

At the same time, the wait for the Home Office to make decisions is getting longer. About half of the 34,000 people awaiting an asylum decision in June 2019 had been waiting more than six months. Nearly half (42%) of asylum decisions are overturned on appeal.

We say: Don’t force asylum seekers into destitution by denying them housing or money for food and other living expenses.

While waiting for a Home Office decision, asylum seekers cannot undertake paid employment – even if they have skills that are needed to help the UK economy. We strongly support asylum seekers being able to work if their claim has not been decided after six months (as many claims are not).

We say: Treat asylum seekers with respect and allow them to earn money by working while they are waiting for their asylum claim to be determined. 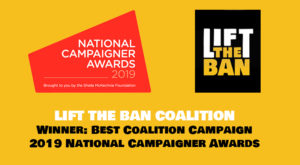 The Lift the Ban Coalition has won the 2019 National Campaigner Award for best coalition campaign.

SWVG joins over 175 other organisations working to make a change in the law to ensure people seeking asylum have the right to work whilst waiting for a decision after six months.

Lift the Ban say: “We are proud of this vote of confidence in the campaign! But we won’t rest until we fulfil our aim of lifting the ban and allowing people seeking asylum the right to work.” 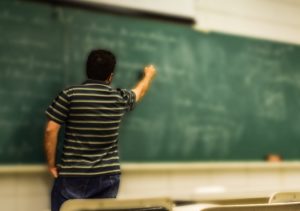 SWVG has sent out a briefing note making the case for allowing asylum seekers a right to work whilst awaiting a final decision.

As part of the Lift the Ban Coalition alongside over 150 other charities, faith groups and other organisations, SWVG is calling for a change in the law.

The aim of the national campaign, co-ordinated by Refugee Action, is to win the right to work for people seeking asylum and their adult dependants, six months after lodging an asylum claim or further submission.

Currently, asylum seekers can only work in the UK if they have been waiting for a decision for over 12 months, and even then only for jobs that are on the Government’s restricted Shortage Occupation List.

In our briefing note, sent to MPs in the Winchester and Southampton area, we argue:

The Government has stated that it wishes “to build strong integrated communities where people – whatever their background – live, work, learn and socialise together, based on shared  rights, responsibilities and opportunities.”

A starting point is to allow people seeking asylum, and their adult dependants, to work six months after lodging an asylum claim or further submission, and unconstrained by the shortage occupation list.

You can read our briefing note in full here or find out more on SWVG’s main campaigns page. 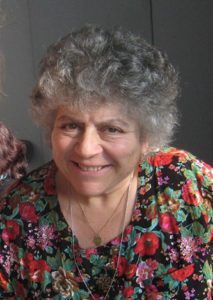 Miriam Margolyes, one of SWVG’s patrons, has joined in writing an open letter published in The Guardian calling on the Government to change the law and let asylum seekers work.

The letter argues that the right to work is an “urgent” and “plainly unjust” policy that is causing “poverty, destitution and homelessness”. The £5.39/day is simply not enough to live off.

It states: “Their skills are wasted, their individual life ambitions stunted, their days confined to either the four walls of their accommodation or to the streets they sleep on.”

They also argue that this policy not only harms individual asylum seekers but also holding Britain back too: “We are preventing people seeking asylum from integrating with and contributing to our communities.”

Baila would love to teach, but the government won’t let her 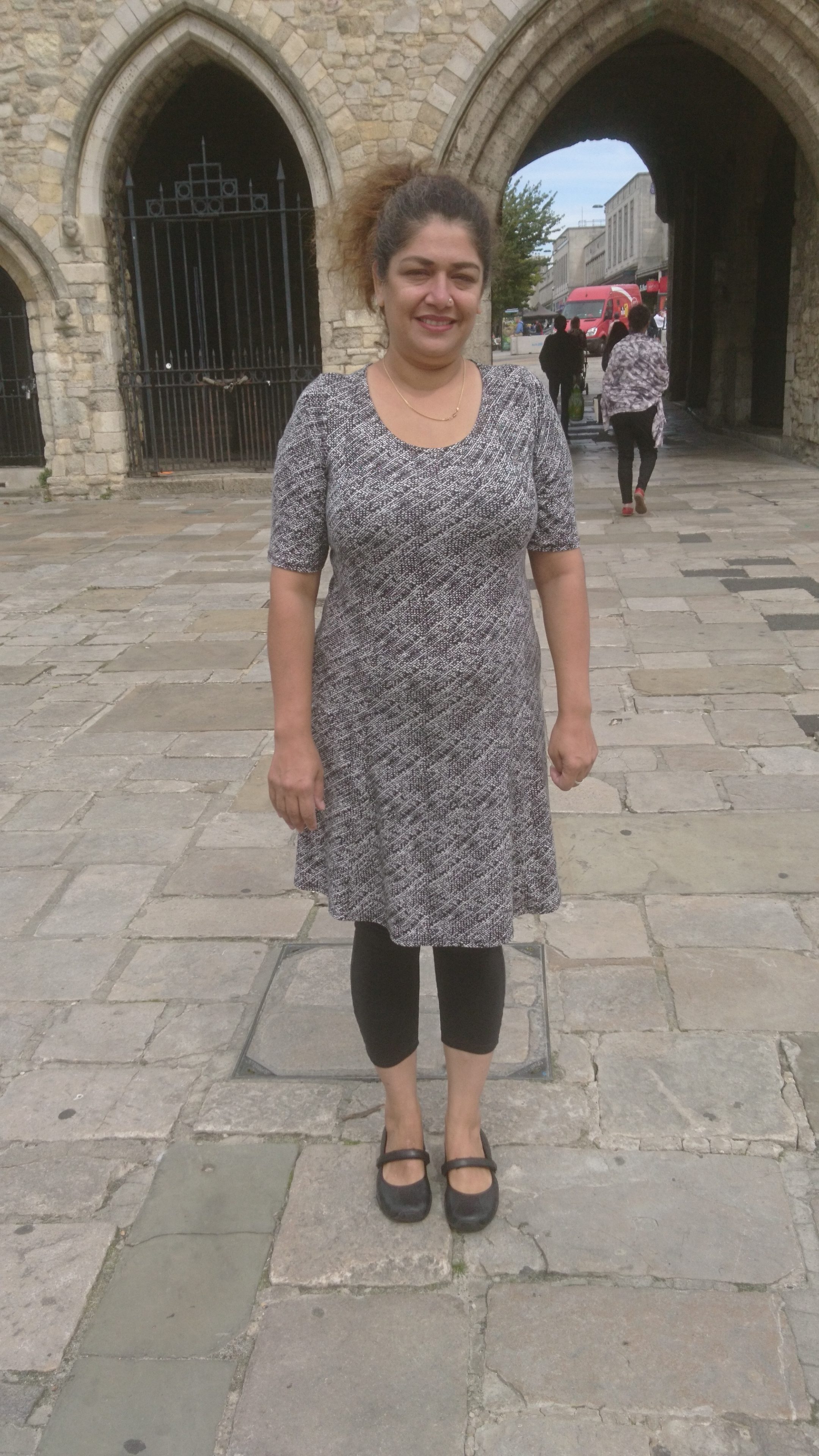 Since claiming asylum at the start of 2018, Baila Chaudhry has done everything she can to get involved in British society.

She has worked in charity shops in Cardiff and Southampton and attended short courses and workshops at universities in both the cities. Now she is about to start studying for further qualifications at City College, Southampton.

But so far, Baila has been unable to do one thing that she does the best, which is to teach. Prior to arriving in the UK at the end of last year, she had taught maths and science in her country for most of her adult life.

As these subjects are two of those where Britain is most short of teachers, you might expect that the government would welcome somebody with 16 years’ classroom experience. But as an asylum seeker waiting for the Home Office to determine her application, Baila is forbidden from doing paid work.

“Teaching is my passion, I am a born teacher” she says. “I’m happy to help anybody, anywhere, and of course I can volunteer, but I want to teach. I checked on the web and it said maths and science are both shortage subjects.”

Baila left her country last December following threats of violence against her and her four daughters, aged 18 to 21. At one point, her former husband suggested selling two of the girls into arranged marriages to pay off his debts.

All four girls are now living outside their country. They are not in the UK with Baila, who is living in National Asylum Support Service accommodation and has been a SWVG client since March.

With her accommodation and some living costs paid for by the government, Baila finds it frustrating that she cannot contribute more to UK society and pay taxes. In addition to a first degree, Baila holds a teacher training diploma and a doctorate in homeopathic medical sciences, all gained in her country.

“How to impart knowledge is something that’s inborn. I have the patience to work with kids and can hold the attention of a class,” she adds. “I would love to utilise my time and energy in a more effective way.”

Past Stories and reports